As you may have seen from my post last month I’m now based in Cambodia for the next two years. While I haven’t yet come across many hand painted signs on walls the hand painted form is alive and well here.

They are everywhere I go, offering simple illustrations for those who can’t read and beautiful Khmer script for those who can. These are usually painted on metal plates as with the one above or, as you can see from the man at work below, on fabric for stretching across an entranceway e.g. for schools and other municipal buildings. Here is a small selection and some pictures of a signwriter at work who I happened to stumble across. 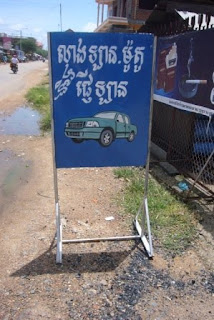 This is the typical metal structure that businesses use to inform potential customers what they’re offering. 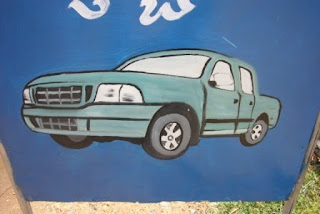 A close-up of the car, the standard of these illustrations varies considerably. 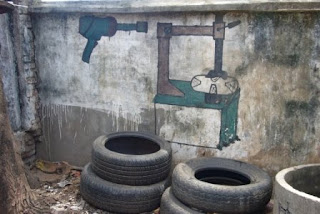 Here’s one on a wall beside a mechanic/handyman. It’s a fairly crude illustration so I suspect he did it himself rather than employing a professional… 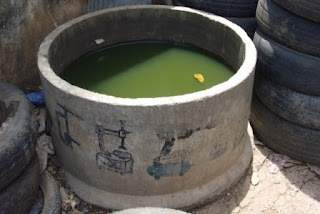 Just in front of the wall above is this piece of circular concrete, again with similar illustrations detailing some of the equipment he has/knows how to use. 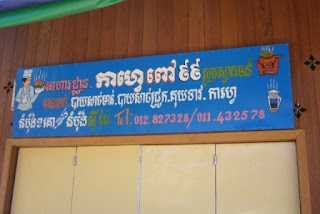 A nice variety of lettering on this one, it’s worth noting that the signs often use our numbers, as seen here with the telephone numbers. 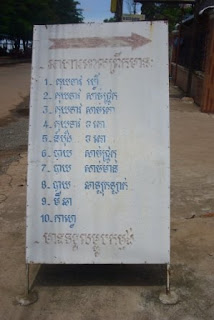 I’m not sure what the list is, perhaps a menu, but this is a rare example of these metal signs without illustration from outside a hotel/restaurant. 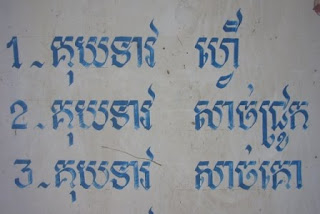 Some of that lovely script close up. The language is partially derived from those of India and the script is related to Sanskrit. 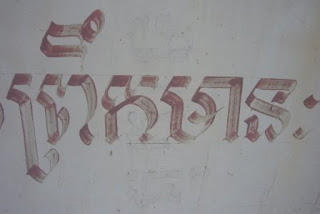 Another close-up with the brush strokes clearly visible. 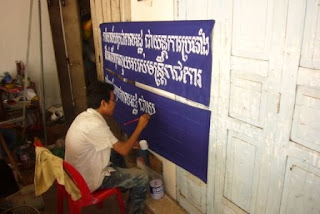 I was lucky enough to stumble across this signwriter at work in a building just round the corner from our house-to-be. I tried showing him some photos of Ghostsigns from the UK but he didn’t seem that interested. 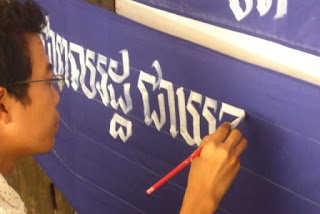 You can see the faint white lines he’s using to give a consistent height to all the letters. He is otherwise working freehand. 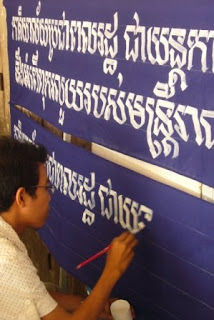 If you look closely you can see that he is copying the sign above that he has already painted. It may be that these were for schools ahead of the national re-opening last week on 1st October. 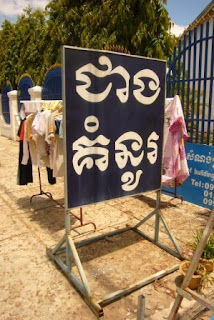 And, just outside his shop, this one, presumably advertising his services. The most common colour combination is the white letters on blue background which, coincidentally, are the colours used by the ruling party who have a stranglehold on power in the country…

There are many more to photograph and I will post some more pictures soon.