Last week I went to give a talk to the future copy writers and art directors on the University College Falmouth MA Creative Advertising.  This is a well respected course with graduates typically getting recruited into the creative departments of some of the best advertising agencies in the world. Thank you to Carolyn and Chris for inviting me.

I enjoyed giving the talk and got some interesting questions, specifically one about the risks associated with being a signwriter and whether I was aware of any accidents resulting from getting commercial communications onto building sides. I had to say I haven’t but I’m sure it has happened! I was also asked whether there is an opportunity for a London effort along the lines of the work by Colossal Media. I really think it needs to attempted over here in the UK. Jack Daniel’s have made a partial effort but this lacks the drama and anticipation that would come from a full scale production on a prominent London wall for example.

Following the talk I went for a stroll around Falmouth Town which is very pleasant, especially as the sun was shining etc. Surprisingly there are almost no ghost signs that I could see, partly because many of the buildings in the centre are painted in different colours so any have probably been long ago painted over. I did come across the following though: 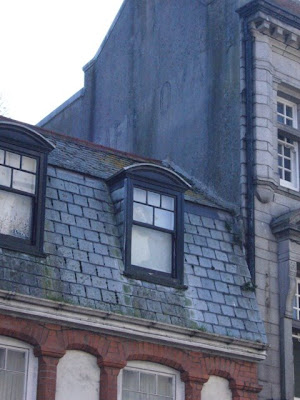 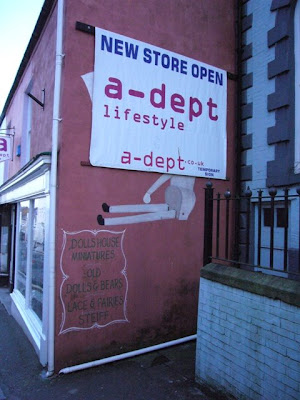 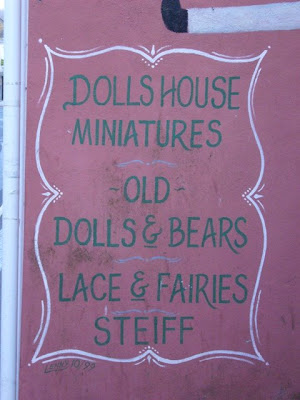 Dolls House (sign by Lenny, October 1999)
Finally a little plug for the fish and chip restaurant, Harbour Lights, I went to for supper which had views over the bay and a delicious meal including the Westons cider (pictured). 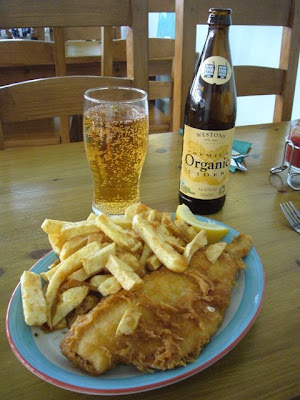